Paradise, Under RE-construction is a video exhibition, curated by Jau-lan GUO. This is one of the events in OPEN STUDIO of ISCP (International Studio & Curatorial Program, New York) from MAY12th to MAY 15th.

How is the body tattooed with the collective memory of the time and the specific site? How can the drifting body be RE-located in a RE-constructed paradise? What is left to transgress, metabolize, practice, shuttle, or prospect among the spectrum of changing culture and historical imprint? The above is what Paradise, Under RE-construction concerns.
Seven artists take part in Paradise, Under RE-construction, including Masaru Iwai（Japan）、Gonzola Puch (Spain)、Wu Tien Chang (Taiwan)、Yao Jui-chung (Taiwan)、Yuan Goang-Ming (Taiwan)、Wu Chi-Tsung (Taiwan)、Charwei Tsai (Taiwan). 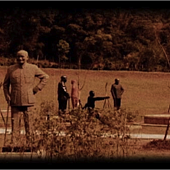 Growing up in the 1960’s, Yao Jui-chung took the collective memory of Taiwan’s martial law at the time and brought them back to life. In the Phantom of History series, the artist seems to have been possessed by the phantom of history itself, which shows itself in three different scenes: Jade Mountain, a march past the Office of the President, and the Chiang Kai Shek Memorial Sculpture Park in Cihu. The first two image prototypes are from the martial law era, when the national machine created a kind of leader-worshipping in the media. Remolding memory is often a necessary tool in the formation of the nation. But if the nation is phantomized, then the spirit will reside in the individual. 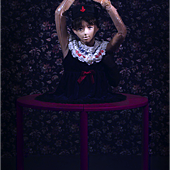 Ｗu Tien Chang’s Luan deals with the borderline between the vitual and the reality, and approaches the extreme of somewhere between the man-made and the living body . If hyperréalité is what Baudrillard’s opinion toward the world; Wu Tien Chang seems to ask “How fake is the faked？”in the world with hyperréalité. 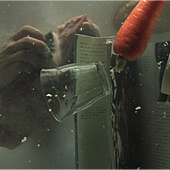 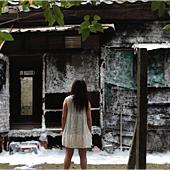 In Masaru Iwai’s video, the act of cleaning establishes a subtle relationship between space and human. Iwai’s work implies the collective sanitation-OCD (obsessive compulsive disorder) of Modernity. The performance of cleaning in “Old Japanese House” also gently reminds viewers of “the sense of place,” which is undermined by globalization. 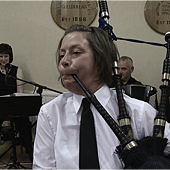